As the 2016 Rio Olympics draw nearer, the focus of the games is no longer on the athletes taking part to do their country proud, but the poor facilities, the Zika virus and political turmoil within Brazil. But the main concern is Doping (the use of Performance Enhancing Drugs and Steroids).

Image from Wikipedia, official logo of the 2016 games

On the 9th November 2015, the WADA (World Anti Doping Agency) report, stated that Russia had maintained a national doping scheme. For many athletes, there can be nothing worse than realising you have been cheated out of a Gold medal at the Olympics, especially to a cheat. It is an issue that will most certainly shape Rio 2016, an Olympics where many called for Russia as a whole to be banned, but only a few will be.

Image of certain types of Steroids from Simple Biology

Sadly in the Olympics and even the world of Sport, doping is nothing new. As science improved, it didn’t just improve weaponry, but health care, and an improvement in drugs would bring new meaning to the term: making people better. During the Cold War, the Soviet Union and East Germany were both frequent users of drugs to improve their athletes chances in competition, with over 10,000 athletes rumoured to have been tested on in East Germany alone.

It was well known in the Western World that these countries were cheating. In the Rocky IV film, released in 1985, it portrayed the Italian Stallion Rocky Balboa go toe to toe with the Soviet Union’s Ivan Drago. Even though it is a piece of fiction, it portrays the extreme lengths the USSR would go to, to improve their athletes and win: though in this case, the man who didn’t use drugs would win.

Though the nation would win more medals, the athletes would be put through torturous routines, with rumours of East German athletes kept in crates if they didn’t cooperate. Sure the athletes in the short term made athletes better, but their long term effects helped ruin their lives in some cases. The biggest stories are namely Heidi Krieger, and Renate Neufeld. 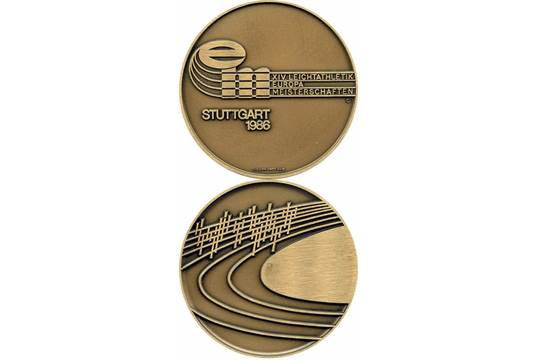 A bronze medal from the Stuttgart games, 1986, uploaded by the Sale Room

Krieger, now known as Andreas, was doped with steroids from the age of 16, which had significant effects on his body. Krieger had been a promising athlete, winning Gold in the 1986 European Championships. However in 1997, Krieger underwent sexual reassignment, a decision he puts down to the steroids taken in his past. These steroids would change the young girls bodies, and would help virilise them, and damage them psychologically and physically. Fellow athlete Neufeld, found that her voice grew gruff, her periods stopped and that she grew a moustache. It highlights the dangers of doping, something that still hasn’t stopped.

Image from the Telegraph, of the Headquarters of the World Anti-Doping Agency

With Russia’s doping program being unveiled by WADA, we have to ask ourselves, did the Cold War doping ever end? With athletes and sports stars being banned from competing, will this help stop the problem completely, or like it has in the past, will it just be swept under the rug till another day?