With this being my last post for WUHstry, what better way to sign off than two of my favourite things: superheroes and history.

Very rarely do films take my breath away, but that was not the case when I saw the most recent instalment of the DC Comics film universe.

Logo of the DC Films company

Wonder Woman was the beginning of the future- the first successful superhero film with a female lead, which will kick-start the future of female superhero films. But it was more than just a superhero film, it was a film that highlighted the true nature of World War 1- the War to end all Wars. 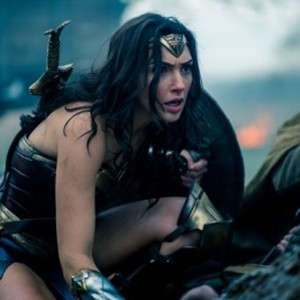 Image from the Wonder Woman film

For those of you that haven’t seen the film yet, WHAT ARE YOU WAITING FOR???? It is easily the best film in the current DC universe, and tells the tale of how the Amazons and man were in conflict, and a new Amazon was moulded from clay to destroy Ares- the God of War. When the war comes to the Amazons, Diana realises it must be the actions of Ares. Without giving too much away, it is then Diana’s mission to find Ares, kill him and end the war to end all wars.

DC Comics illustration of Ares- the God of War

Of course it’s very easy to go what relevance has this fictional film got to the First World War, given the fact that it is made up. Well it was more this was the first film I have seen, other than perhaps the War Horse about World War 1, where it not only kept my hairs on end start to finish, but highlighted the true nature of war. Some films paint war as an opportunity for comradery, and although there is an enemy they are trying to defeat, there are losses along away (unless your a horse that seems to defy death).

A poster from the film War Horse

In Wonder Woman, we see how physically war effects the men. There is once scene in particular as Diana and her team are boarding the ferry, with the character passing all the wounded and injured returning from the front line. It gives the greatest example that the war did effect everyone who took part, a point which was further displayed throughout the film: character Charlie, played by Trainspotting’s Ewen Bremner portrays a Scottish Marksman who very much carries the scars of war, constantly having nightmares about his friends that died in front of him. It portrays such a vivid image that has not been seen in many other films, that the war really was a torrid time, where millions of innocent lives were lost.

Image from the Wonder Woman film of Diana and Charlie

The biggest, saddest moment of the whole film (look away if you haven’t seen it yet), is when Diana realises that no matter what her actions, the war effects even the most innocent of lives- women and children. When she realises that the gas bombs set off had landed on the nearby village, it is a heart-breaking moment. It really hits home that war has no boundaries on who it effects, and that was what defined this new kind of warfare- a war where the battling happened at home as well as on the Front Line. It’s in this moment that you remember all those innocent lives that were lost, all those children that grew up as orphans.

One of the many harrowing images from World War 1

People forget that many of the British soldiers felt they would be home by Christmas, that the war wouldn’t be as tough as they thought. However once the realisation set in that this wasn’t the case, it really would have ruined morale within the trenches. One scene really sticks out though, highlighting how the littlest bit of hope can immediately lift the soldiers moods. Wonder Woman is in the trenches, an area where the soldiers had spent so much of their time struggling to cover any ground. However Diana leaps over the trenches, providing the much needed hope to the soldiers to advance. Of course, sadly Wonder Woman was not there in real life to provide this hope, but events such as the Christmas Truce would have done the job (albeit temporarily). It’s this hope which you realise kept the soldiers going, and made those trenches only slightly bearable.

Though I realise this was just a piece of fiction- a film, it did remind a new audience of the horrors of World War 1. The soldiers craved the kind of hope that Diana provided in the film, and even though there were winners in the end, there were far more losers. Shell shock, death, guilt, just some of the feelings that these soldiers would have felt when they returned home- either as heroes or disappointments.

In the current age of terror, it would appear the war to ‘End All Wars’ in fact created a new type of warfare. But it is the imagery of Diana jumping over the trenches- hope- that keep society going even in the darkest of days.

Thank you for reading this and my other posts, and keep enjoying WUHstry!